The first half at MUST Stadium was a cagey affair of few chances, with Gilchrist Nguema seemingly missing the best of them in the 40th minute when he sent a free header off target after an Edgar Teixeira free kick.

The Gabonese centre-back atoned just two minutes later though, crossing superbly when finding himself in an advanced position on the right wing and leaving Leonel with the simplest of headers to open the scoring.

The closest Hwaepul came to equalising was in the 55th minute when Kim Kwang-jin cut neatly inside the Benfica penalty area, but he was closed down sharply by goalkeeper Batista before he could get a shot off.

Leonel made the visitors pay for that with another header eight minutes later, this time nodding home after leaping highest to meet a Teixeira corner, before wrapping up the scoring from the penalty spot in the 82nd minute. 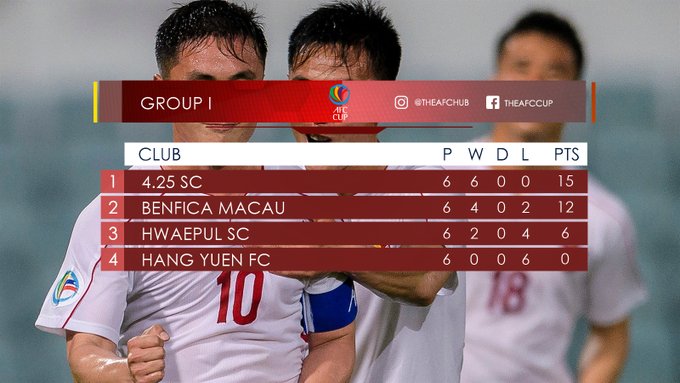 Final standings for Group I of the #AFCCup2018!